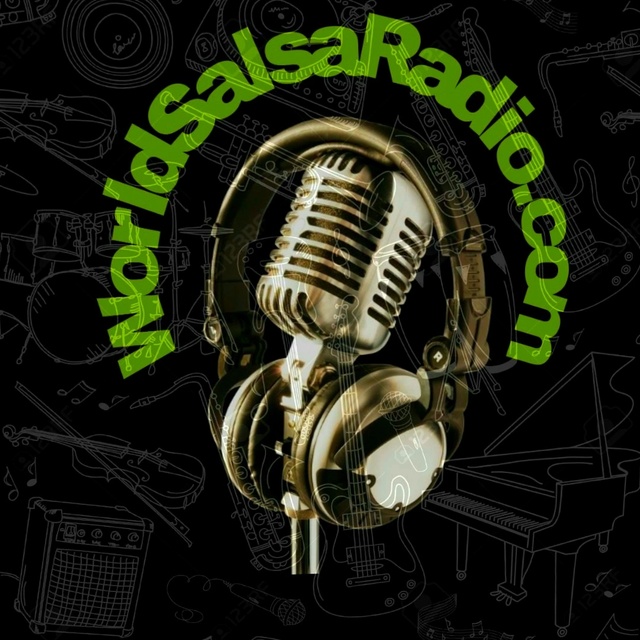 Mario Ortiz: Tribute to a Legacy- A Father & Son Story

Making significant contributions to the music world and reaching ultimate success are some of the objectives that do not come easily to today's salsa artists, but the legacy is something that usually gets recognized when you look at any given career in its entirety. In 2009 I received a recording conducted as a tribute to a musician who must be regarded as one of the best Latin arrangers, bandleaders and top-notch instrumentalists of all time. In fact, he would have already celebrated the 45th year of his recording career as a bandleader if he were still alive. This year marks the 10th anniversary of the demise of one of Puerto Rico's top producers-Mario Ortiz Sr.-who set the world on fire in 1964 with the big band sounds of his Mario Ortiz All-Star Band. It's not every day that I got to write about one of my favorite artists, Mario Ortiz Sr., who was born in Santa Isabel in 1935. By the age of 13, he was already playing the trumpet, when he joined Ponce's Melody Boys Orchestra, before working with Mingo and his Whoopee Kids (a popular band of that era). He then returned to Santa Isabel to play for the next 13 years with the Caribbean Kids, a band led by his music teacher, Demetrio Rodríguez. That group also featured Luigi Texidor (on bongó) and vocalist Ruth Fernández. On November of 1962, Mario Ortiz Sr. formed his own band, which included another legend who was 17 at the time…Elías Lopes. The band was baptized as the Mario Ortiz All-Star Band and that is precisely what it became. The band's constant touring throughout the island led to the title of its first LP for the Rico-Vox label-“On The Road” (1963) featuring vocalists Emma Roger and Paquito Alvarez; trumpeters Elías Lopes, Salvador Jiménez and Yuyo Martínez; saxophonists Pedro Rivera Toledo (tenor), Manuel Montalvo (alto) and César Delgado (baritone); percussionists Celso Clemente, Pablo ‘Papi La Moña’ Bonilla and Luis Sandoval; pianist Francisco Ortiz (who alternated with Mario Roman); drummer Federico Vigo and bassist Victor Rivera. Baritone sax player Julio César Delgado would go on to lead a great life as a producer in the heyday of TH throughout the 1980s, when I was working out of their New York office at Audiorama Distributers. He was a true gentleman and a very seasoned veteran who was the real secret behind the ‘Salsa Sensual’ scene in Puerto Rico. It was around that time when I first met Mario Ortiz Jr). This LP would also be released as “Holiday in San Juan”, to be employed as a ‘tourist record guide’, included in the gatefold discount coupons and a 12x12 booklet with the best places and hotspots to go in 1964, along with ads and island tidbits which is one of my favorite collector's items today! The hits from this debut were the jazzy “Mambo Infierno”, “Maina”, “De Cachete” and “La Bicicleta” (that had already become very popular on Fidel Cabrera's radio show ‘Gran Show del Mediodía’ transmitting from WIAC). Mario was a huge fan of the big bands in particular México's version of the Glen Miller Big Band, the Luis Arcaraz Orchestra and for that reason, he chose to utilize the three trumpet/three sax big band format for his own orchestra. With the success of that first recording, Mario Ortiz traveled to New York to play at the famed Palladium Ballroom in 1963, leading him the first authentic Puerto Rican band to play there. They were signed by Remo Records, which led to three great recordings, starting with the LP “Swinging With Mario Ortiz All Star Band”, released in 1964. The band swung with the best from New York and the LP generated the hits “Chinita”, “Yaré Yaré”, “Busca Ambiente”, “Para Los Bravos” and the signature instrumentals, known back then as mambo-jazz, such as “Cool Heat” and “Carioca”. The band members were the same (with the exception of Elías Lopes) joined by Jacinto Picar and Paquito Jouvert (trumpets), Jesús "Chupín" Navarro (piano) and Willie Torres, Cheo Feliciano, Jimmy Sabater, Julio Cruz and Emma Rogers (vocals). It was quickly followed by “The Best of Mario Ortiz All-Star Band” (The Best referring not best of hits but of the best performance), with the addition of vocalist Chico Rivera (former vocalist of Lito Peña's Orquesta Panamericana). This second album featured the hits “Rumberito”, “El Soplo”, “Cohete”, ”Jala Jala No.2”, “Se Acabó el Bembé” and the instrumentals “Move” and Malagueña. Other notable artists signed by the Remo label were Louie Ramírez (making his recording debut) and the popular Pete Rodríguez y La Magnifica. In 1965,

to his house but he insisted on taking out a music sheet and writing the song right there. He asked me to stop by his house on Thursday and listen to the finished product". Bobby Cruz: "Mario was one of the inspirations in my wanting to be a musician, along with the Titos (Puente & Rodriguez)."

What was an idea to just do one ‘Tribute’ CD became an anniversary album and to meet the needs of the modern day salsa fans a 50thAnniversary came to life….this time covering the ‘Salsa Romantcia’ era with the vocalists Anthony Cruz & Primi Cruz. There was a huge demand from fans, especially in South America, for the band to re-record these hits from the 80’s. Mario Jr. kept using his father’s original arrangements with a few touches here and there that modernized the tracks.

One of the standout tracks on the 5oth CD was “Los Soneros” with the vocal talents of lead singer Ismael Miranda followed by Gilberto Santa Rosa, Tony Vega, Andy Montañez, Rey Ruiz, Tito Rojas, Ray De La Paz, & Victor Manuelle. Marito also dedicated the 50th to Cheo Feliciano who was the first one to record on the 55th Anniversary CD.

This set into motion what is now a tradition of a new CD every five years. “The 55th Anniversary” CD, that came out in 2013, returned to the classic tracks that Mario Ortiz Sr. did while also introducing newer young vocalists. Alain Garcia sung “Mas Bonita Que Nunca” (with willie Rosario as guest) and “Festival De La Caña” & Gio Beta on “De Ninguna Manera” and “Que Puedes Hacer Por Mi”. Add to this the hits “Doña Intranquilidad” sung by Tito Nieves, “Soltando Chispas” sung by Gilberto Santa Rosa (with the soloists Rigoberto Diaz on timbales and Roberto Roena on bongo), “Fuego” sung by another newbie Ruben Trillo (with Marito on the trumpet), the Latin Jazz instrumental “Budo” with Marito and Luis ‘Perico” Ortiz on the dueling trumpets, “Trucutu” sung by Victor Manuelle (with Marito on trumpet and Pete Perignon on timbales) and the Tito Rodriguez classic “Avisale A Mis Contrarios” with the vocal talents of Andy Montañez & Ismael Miranda (with the soloists Roena, Jimmie Morales and Don Perignon). This production was produced by pianist Andy Guzman and another Grammy nominated CD for Mario Ortiz Jr. in 2014.

Plans for 2021 include an all Latin Jazz recording that will include all the Latin Jazz tracks that have been recorded (Cool Heat/El Cid/ Malagueña/Budo/Random Riff/Move/Cariaoca) and some possible surprises. We know Ernesto Sanchez is working with Marito on this project.

The legacy of Mario Ortiz the father has been living and will continue to live through the son and we the fans will be the beneficiaries of all this great music.

(I first wrote this article for Latin Beat Magazine in 2009 and have updated for WorldSalsaRadio.com)